As Zeus Slot is a game based on the Greek mythology, its symbols honor the Greek culture. Additionally, some of the game characteristics include automatic play, and bonus rounds and it provides the public with a fantastic experience while playing Zeus Slot machines game.

The Vase is another Zeus Slot symbol, and the player gets 20 coins for three symbols. In case you get four vases, you obtain 100 coins, and the maximum amount you can obtain with the vase is 250 coins for five symbols. In the game, there is also the Harp which you receive 20 coins for three harps. You get 100 coins for four harps, but in case you hit the harp icon five times, you are rewarded with 250 coins. The Helmet is a fantastic symbol in the Zeus Slot machines game as you get 350 coins if you get five of the same in one spin over every five reels and on a rolling payline. Another game’s symbol is Zeus, and he shows up stacked on all 5 reels. So, you get a full screen of Zeus symbols with the jackpot of 500. There is also Wild which works the same way as Zeus. The Boat is another symbol, and in case you get five boat symbols on a rolling payline and over every five reels on one spin, you receive 350 coins. Pegasus is another game's token, and if you manage to get five of them, you receive 400 coins. Moreover, there is the Lightning bolt symbol which you get 10, 25 or even 100 free spins if you land three, four and five lightning scatters respectively.

The bonus features that Zeus Slot machines game provide involve scatter symbols and free spins. The spin bonus is generated once you obtain three or more scatter tokens. If you enjoy the Greek mythology and autoplay, Zeus Slot is the right alternative for you. The game is also available for download on Android, and Apple iOS.
Play for money!
Comments 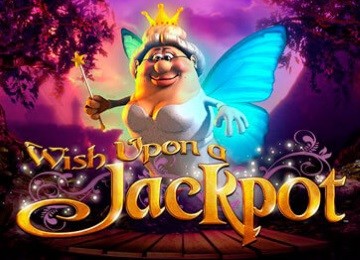 Wish Upon a Jackpot Slot